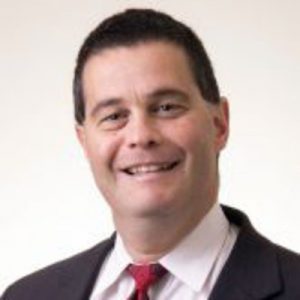 Dr. Marson was born on Long Island, NY. He went to State University of New York at Binghamton from 1984 to 1988 and received his BS in biology. He then received his MD in 1992 from Albert Einstein College of Medicine in Bronx, New York. His postgraduate training was done from 1992 to 1997 at Wayne State University and Detroit Medical Center. He was Chief Resident of Surgery at Detroit Medical Center in 1996.

He was certified by the National Board of Medical Examiners in 1993 and by the American Board of Surgery in 1998.

Dr. Marson was commissioned by the USAF in 1989 and obtained the rank of major. He served on active duty from 1997 to 2000. He was the Chief of Surgical Clinics and Chief of Pathology with the 51st Medical Squadron at Osan Air Base in South Korea from 1997 to 1998.

Dr. Marson specializes in general surgery and is certified by the American Board of Surgery. His special interests include vascular and endocrine surgery. He is a member of the Ameri-can College of Surgeons and practices at The Surgical Center of Morehead City and at Carteret General Hospital.

Dr. Marson maintains a close working relationship with his patient’s family doctors as well as local and regional consultants.

Dr. Marson came to Morehead City in 2001 where he lives with his wife Rebecca and their three children.