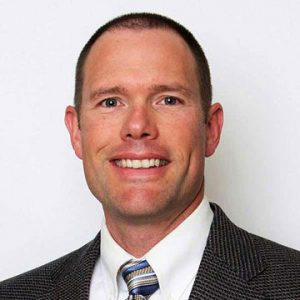 Dr. Neil Jones is a board certified General Surgeon with the American Board of Surgery.  He has broad expertise in general surgery, and his specific areas of interest include advanced laparoscopic surgery, reflux surgery, colon, spleen, adrenal gland, and gallbladder surgery, pediatric surgery, hernia repair, and laser vein treatment.  He is a Fellow of the American College of Surgeons.

Dr. Jones takes pride in practicing conservative surgical principles, getting patients back to their fullest potential, and in using minimally invasive techniques.  He strives to compassionately provide the best possible surgical therapy for his patients.

After completing his residency, Dr. Jones started his surgical career as a Commissioned Officer and General/Trauma Surgeon in the US Air Force.  This was during the height of the post 9-11 era and he had the honor of serving while stationed at Langley AFB, Virginia and Ramstein AFB, Germany.  He was also deployed to Afghanistan where he was a general surgeon and trauma surgeon at Bagram Air Base.  During his time there he took pride in taking care of our nation’s heroes and gained valuable surgical experience.  His time in the military also involved specialized CCATT deployment missions where he was the lead surgeon on flights to bring our most critically wounded soldiers home to the USA from Landstuhl staging hospital in Germany.  Also, while in Germany, he served as the Officer in Charge for the surgical department and was instrumental in gaining Level I Trauma status for Landstuhl Regional Medical Center.

After his military career, he practiced as an Acute Care Surgeon with the University of Colorado Health System for several years prior to joining Carolinas Center for Surgery.

Dr. Jones is a dedicated husband and father of three wonderful children.  He grew up in rural Nebraska on the family farm.  He and his family enjoy coastal Morehead City and Jacksonville, North Carolina, to the fullest.  He can be found at the beach, on the water, enjoying seafood, exploring historical places, or fishing.